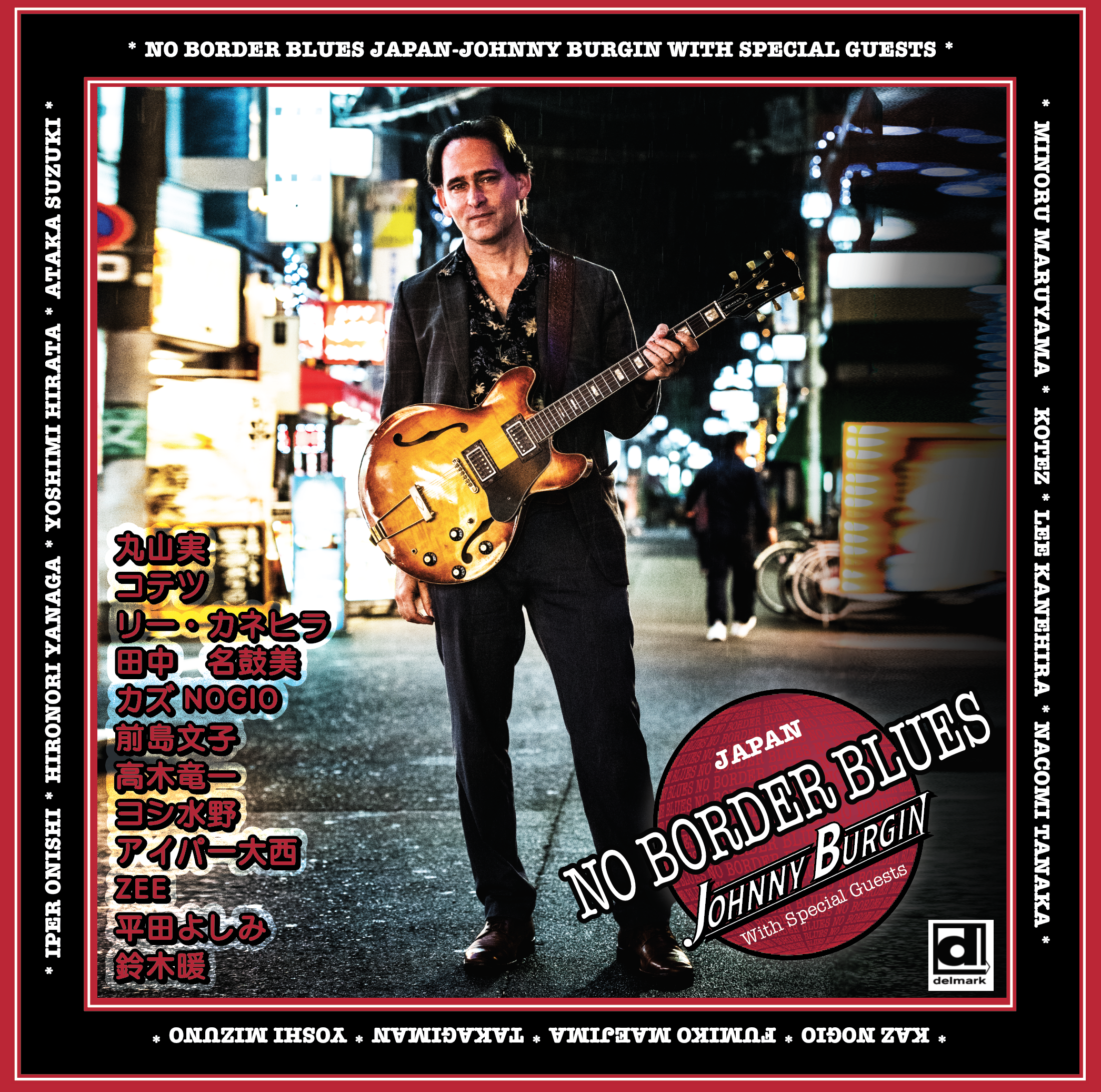 Delmark Records presents No Border Blues, the first ever American compilation of the Japanese blues scene!

The 1970’s Japanese tours of Chicago blues legends Otis Rush, Jimmy Dawkins, Eddie Taylor, and others created a small but intense Japanese blues scene that bursts over with talent three generations and over forty years later. Delmark Records was there at the beginning of the Japanese love affair with hard-hitting Chicago blues, releasing Otis Rush’s So Many Roads (Delmark 643) recorded live in Japan in 1975. Many of the attendees at that show were so inspired that they went on to become Japan’s first generation of blues musicians, and to serve as inspiration to the younger artists featured on the recording we’re proud to present today. No Border Blues is the first-ever American compilation of some of the brightest flames of the small but fervent underground blues scenes of Osaka, Tokyo, and Kyoto. It’s an unprecedented showcase of young and committed traditional blues artists that by and large never expected to be heard outside Japan (or even outside of their neighborhood “live house”), but very much deserve to be.

Johnny Burgin’s (formerly Rockin’ Johnny’s) tagline of “The Worldwide West Side Guitar Man” encapsulates his focus on traditional Chicago “West Side” style so well documented by Delmark records, as well as his rigorous international touring schedule. He’s certainly no stranger to inter-cultural blues endeavors, having collaborated with blues artists in 15 countries in recent years. He’s toured Japan four times since 1996 and he drew on his long relationships with Japanese artists both in Japan as well as in Chicago to produce this recording. Johnny sings a few songs and contributes guitar throughout, but he very much puts the spotlight on the remarkable and inspiring playing of his Japanese peers.

Leave you email to stay up to date on the latest news  !